Change however is possible IF and ONLY IF Owners, Contractors, and AE’s take the time to understand and implement collaborative construction delivery methods correctly.   Job Order Contracting (for renovation, repair, sustainability, and minor new construction projects) and Integrated Project Delivery (for major new construction), are examples of readily available, proven solutions to the construction sectors lack of productivity and legacy of legal disputes.

Fundamental change in how construction industry players perform business must occur.  That said, not everyone will be able to, or wish to, participate.   Excellence in both education and execution are requirements for the transition.

– Parties that understand and “buy-in” to the processes (not everyone will be up for the task)
– Robust, well-organized cost data (enhanced RSMeans line item cost data with full material, labor, material, and equipment breakdown, supplemented as needed for localized requirements, see http://www.4Clicks.com)
– Shared risk-reward
– Supporting software to assure consistency and reduce deployment costs

Design-Bid-Build, DBB and even Design-Build, DB can’t resolve our industry’s problems. We MUST change.

“Many/most projects are currently done with low bidders, ill prepared, with parties being dragged through the project just to try to get the work done with some reasonable quality. People’s actions are driven in two ways, reward or punishment. There is too much punishment and not enough reward. How many jobs have liquidated damages for delays but how many have you seen that gives a reward for finishing on time or early? We all know that construction is a “risk” business the question is how much risk are we willing to accept for little reward? The issue is achieving and “all for one and one for all” mentality.””  – quoted from a Linked-In discussion

BIM is supposed to be the “life-cycle management of the built environment supported by digital technology”.  Unfortunately, far too much emphasis is being spend on 3D visualization and low level technical “mumbo jumbo”, vs. defining core processes, a robust onology/glossary, and associated sharing of rich information.

If you can’t see the whole picture… you can’t appreciate BIM. 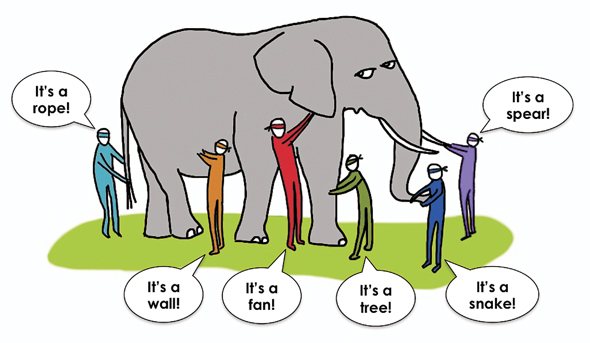 Hard to believe…perhaps to some… but many /most of us in the Architecture, Construction, Owners, Operations sector still don’t know how to define BIM.

Anna Winstanley and Nigel Fraser of Lean BIM Strategies Limited provided the most likely reason in a recent perspective…  if you can’t see the whole picture… you can’t appreciate BIM. 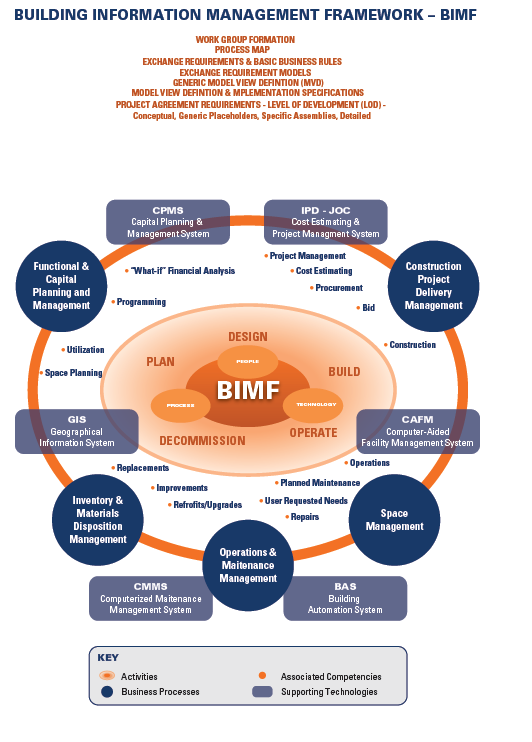 Critical components of CONSTRUCTION PROJECT success include communication, collaboration, a defined mutually agreed upon operating relationship and an associated fully defined project scope of work…   all of which are largely determined by the construction delivery method.

A thorough understanding and visualization of a project among Owners,  Architects and Engineers,  Contractors, and other shareholders defines scope, specifications, and is is the  project delivery method that set the overall tone of interrelations ships among the project participants and shapes final outcomes.  Field specific variables, such as weather, on-going operations, soils conditions, security, safety, site lay-out, environment protections and other contexts must be considered as well as the means and methods of work execution. These and other variables impact the overall cost, timing, and ultimate success of the project.

Collaboration among all shareholders on the front end, and then throughout the project is the means by which multiple knowledge domains associated with a construction project are brought together to  allow for  visualizing the building the project prior to construction.  For example, estimating a job requires knowledge about about the impact that AE, context, and execution scope have on each unit, assembly, and system level cost.

Construction management is a process!  Several exiting as well as newer, disruptive technologies are now enabling the cost-effective development, implementation, and monitoring of collaborative efficient construction management processes in lieu or traditional ad hoc procedures.  The later being largely responsible for the decades long declined in productivity within the construction sector throughout America.

While 0ur AECOO (architecture, engineering, construction, operations, owner) sector is resistant to change and relatively adverse to technology, the convergence of worldwide market drivers and the disruptive technologies that will change the very way we do business.  However, the issues of (check one, or more) global climate change, dwindling non-renewal energy supplies, and/or the altered economic landscape, are forcing greater efficiencies.  And, of course, buildings are a major consumer of petrochemical products… high energy users, and a primary source of green house gas and other emissions.  These drivers to reduce environmental impacts as well as improve productivity will force relatively dramatic change.

Relative to technology….  technology’s  role in one of supporting processes relative to faster implementation/deployment, and consistent/scalable use.  That said, cloud computing not only accomplishes the above more efficiently, but adds previously unattainable levels of collaboration and transparency.  A “FACEBOOK for Facilities Construction and Life-cycle Operations” is on the horizon.  Just think of the impacts that FACEBOOK and other social media had upon Egypt recently, and the power of cloud computing begins clearer.  The next aspect is of course BIM.  Once we get beyond the distraction of 3D visualization, BIM, combined with, deployed by, and practiced via cloud computing BIM will become a game changer.   BIM definition, from NIBS, and I paraphrase, is the life-cycle management of facilities supported by digital technology.  A glimpse of a strategic BIM framework (BIMF) from a process perspective is shown below.   The integration of these activities, associated competencies, business processes, and supporting technologies via cloud computing is the foundation of BIM.

Central to the discussion of AEC process change within the scope of this discussion also include:

Job order contracting, known and implemented as SABER in the Air Force, one example of IPD, or integrated project delivery developed over twenty years ago within the DOD sector.  It has only recently begun to be adopted and deployed in other sectors in an accelerated manor, including non-DOD federal government, state/county/&local governments, higher educations and large k-12 school districts, hospitals and clinics, as well as airports and transportation authorities.

As an  example of productivity improvements afforded by JOC.  What typically took over a year to accomplish in months or even weeks.  Furthermore quality is improve, change orders are reduced, and lawsuits are virtually eliminated.  A comparison of IPD/JOC and tradition delivery methods is shown below.

Thus, in summary, below is road map of where we have been, and where we are going. 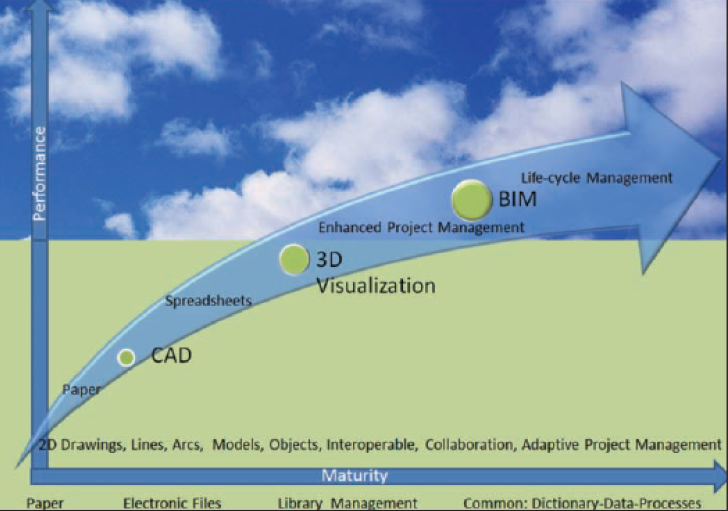